Konami Man (コナミマン, Konami Man?) is an android superhero created by Dr. Cinnamon (of TwinBee series fame) and a Konami mascot character. He made his first appearances as Easter eggs and secret bonus items in some early Konami video games. He was given his very own starring role in the 1988 Famicom crossover game Konami Wai Wai World, where he was accompanied by his new teammate, Konami Lady. 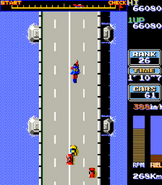 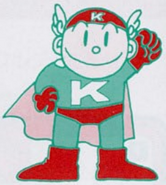 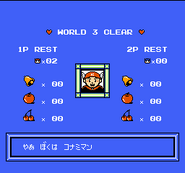 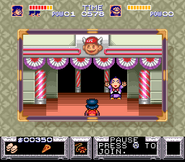 Castlevania: Symphony of the Night (1997)

This article is a stub. You can help the Konami Wiki by expanding it.

Community content is available under CC-BY-SA unless otherwise noted.
Advertisement